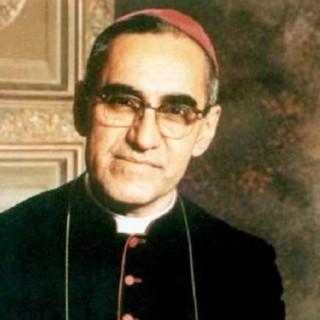 Roman Catholic clergyman, born in Ciudad Barrios, E El Salvador. He studied theology at the Gregorian University in Rome, was ordained in 1942, and became bishop in 1970 and archbishop in 1977. An outspoken critic of the government, he was shot down while celebrating Mass a year after he was nominated for the Nobel Peace Prize. Some of his ‘Thoughts’ appeared in translation as The Church Is All of You (1984). A film, Romero, based on his life appeared in 1989. In March 2005, 25 years after his death, the Roman Catholic Church moved to bestow sainthood on him, beginning with the process of beatification.