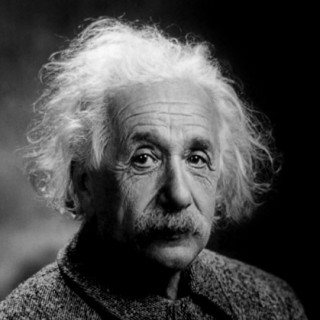 Albert Einstein is one of the most notable and influential scientists of the twentieth century. Although he became known as a genius of science and gained considerable fame later in life, as a child he was slow in learning to speak, and had a rebellious nature towards the conventional styles of learning at school, which left many teachers to believe he would amount to little. Inspired by a compass, his “sacred little geometry book”, and classical music, his interest in science and mathematics grew and by the age of sixteen he was writing his first research science paper, and attempting to skip the last few years of high school to enter the Swiss institute of Technology. He failed the entrance exam but set a precedent in his life for thinking outside of the box and challenging the rules. His most famous discovery is the theory of relativity, E=MC2, which overturned Isaac Newton’s laws by explaining the relation of energy and mass as a consequence of space and time. First introduced in a 3-page paper in 1905, the theory was so revolutionary it couldn’t be proven until more advanced technology was available years later.

Born in Germany and raised in the Jewish faith, Einstein strongly opposed injustices of race and religion and often lent himself to the American civil rights movement and the efforts of the Zionist movement to preserve and cultivate the Jewish faith. He was instrumental in setting up the Hebrew University of Israel and was even invited to become Israel’s second president, which he declined. Above all else Einstein maintained a non-nationalistic pacifist belief and urged for the disarmament of all nations and the formation of a one-world government. Often credited as the creator of the atom bomb, Einstein merely wrote a letter to President Roosevelt warning of Germany’s possible use of nuclear weapons and was actually barred from participating in the United States’ development of the atom bomb.
Albert Einstein is not only a world-renowned scientist who left an indelible mark on the world but also an icon of popular culture whose name and image have come to represent genius and intellect.