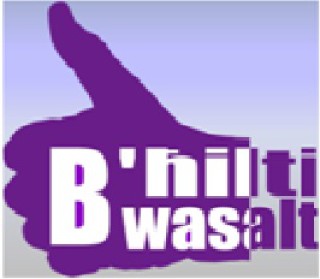 For the past two years, the John XXIII Peace Lab, Hal Far successfully organized  the National Award for Self‐Achievement,  “B’HILTI WASALT.”  The aim is to identify and acknowledge outstanding efforts made by individuals who were within the poverty‐risk sector, and who through their own initiatives and mainly self‐help, managed to ‘make it’, economically.

The concept of such a national award was always well received and the Peace Lab is happy to announce that it will be organizing the third edition of the National Award for Self‐Achievement, B’HILTI WASALT, 2017.  Again this event will be held at the Palace Valletta under the patronage of the President of the Republic in September 2017 and with the assistance of APS Bank.

The Peace Lab is inviting nominations for persons who may merit such an award.   Fill in the nominations form which can be downloaded here Award_BHilti_Wasalt_Nomination_2017 and submit to bhiltiwasalt@gmail.com or victoraxiak@gmail.com by not later then 20th August 2017.