Bring the Immigrants out of the Shadow 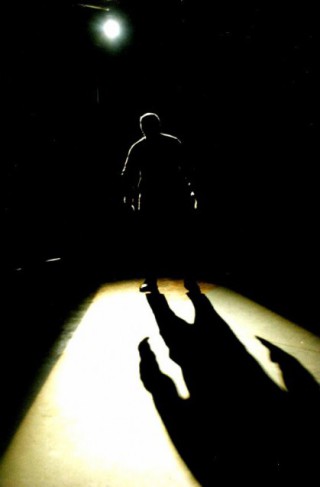 The idea that Unions in Malta would endorse legalising immigrants strikes some as absurd. Malta has a hard enough time competing with cheap foreign labour. Why undercut them within our own borders? Especially with a good number of Maltese citizens losing their jobs?
These questions deserve an answer since the bad economy will only strengthen the stiff winds of opposition that the Government and Opposition will have to fight. Legalisation is already politically treacherous thanks to the tireless works of restrictionists who have spent years denouncing illegal immigrants as harmful to the country’s health. They have long compared the undocumented to invaders and parasites.

To understand why that view is misguided helps to remember that Malta has largely brought that argument and spent energy to seal the border as tightly as possible. It has done everything it can to make illegal immigrants miserable in the hope that they will abandon the idea of arriving here, and tell everyone back home to forget about Malta. And how has that worked? It hasn’t.

The refugee work force is still overwhelmingly undocumented as are the workers doing the other dirty or dangerous jobs in places like hotels, care-workers and restaurants. Soaring unemployment has hit both skilled and unskilled workers hard. But laid-off workers have not been lining up to pick potatoes and a hidden population of one thousand (?) undocumented immigrants has not begun a mass exodus anywhere.

Nor have the forces of global economic migration magically adjusted to fit the Maltese mood. Workers still cross the border. Although the numbers are low – a sign of the downturn particularly in home building. When the economy recovers, the flow will revive. Economic forces are dynamic, even if our immigration policies are not.

The Unions, at least, understand that here is a better way. They see the immigration situations. Despite the huge burden our country provides basic social services to many displaced Africans. It is true that other countries should share the burden. We should not be punished for our generosity. It is true that many are left on the verge of homelessness and hunger. Even in humanitarian crises no one should be satisfied with mere hospitality for homeless Africans to become homeless Maltese.

The Unions must look at this situation as an issue of worker employment. If undocumented immigrants undercut wages and job conditions for Maltese – and many do, by tolerating low pay and abuse and bolstering an off-the books system that robs law-abiding employees and taxpayers – it is because they cannot stand up for their rights.

“Workers do not depress wages. Unscrupulous employers do.” Unemployment in many an industry is above 12%. Many young people are out of work. So what should we do? Unions must suggest a reform that allows immigrants to legalise.

It is true that the Government temporary shelter and aid give little comfort to the refugees who are highly vulnerable to contagious disease and violence. This help acknowledges the scale of the crisis but ignores the hundreds of available spots that go unfilled every year.

Unions should do more and they have a particular responsibility to those displaced by war and hunger which caused them to be driven away from their homes. Unions must work hard to find a way that allows immigrants to legalise.

The Peace Lab believes that if we can free them so that they can come out of the shadows, we can not only improve their lives, but all workers’ lives.